Since 2007, the Classics Department at San Francisco State has provided students with the opportunity to take part in an archaeological field internship programme conducted each summer at the site of ancient Pompeii, Italy. Students are introduced to cutting-edge methodology and the techniques of modern archaeological research by participating directly in an ongoing project of intensive study, documentation, interpretation and investigation in the ancient city and working closely with directly with an international team of archaeologists. By performing the actual tasks of archaeological research on a daily basis for over a month, students gain a degree of experience and first-hand familiarity with field archaeology that is unrivalled whilst they simultaneously make a definite contribution to the research goals of the Project and the study of ancient Pompeii. Furthermore, during the course of the field school students have ample time to become acquainted with the region of Campania, a region of Italy that is steeped in ancient history and rich with important archaeological sites. On days off, field school students are encouraged to visit the surrounding sites of Herculaneum, the National Archaeological Museum in Naples (ancient Neapolis) and its underground remains, the Villas at Stabiae, Oplontis and Boscoreale, the amphitheatre and so-called ‘Temple of Serapis’ at Pozzuloi (ancient Puteoli), the remains at Capua (nova and vetere) or the Villa Jovis on the nearby island of Capri and even locations important to the history of Magna Grecia such as Cumae, Paestum/Posedonia and Pontecagnano. Alternatively, students may relax and explore areas of more recent historic interest in the area including the famous tourist attractions such as Sorrento, Positano and Ravello or may chose to visit the volcano Vesuvius itself.

The San Francisco State Pompeii Archaeological field school runs in association with the Via Consolare Project, an ongoing project of archaeological investigation and research that has been documenting, investigating and exploring questions central to understanding the process and history of urbanisation in the ancient city and its suburbs since 2005. The Project directors, Dr. Michael Anderson and Briece Edwards, have each conducted excavations (with the AAPP (University of Bradford)) and independent archaeological research in the city for over a decade. The Project staff is drawn from graduates, students and staff of the University of Bradford, University College London, the University of Queensland, the University of Durham as well as from professional Cultural Resource Management, presenting a wealth of knowledge in the fields of Roman and Pompeian archaeology. The Project employs the latest in computerised technologies and image processing with traditional methods of analysis in order to provide accurate and robust data on the ancient city. View more information on results of the Via Consolare Project’s recent research activities.

The SF State archaeological internship programme’s field season runs from roughly the last week of June until the first week of August and accepts students from San Francisco State, the Bay area and from around the world. Precise dates for this year, contact information and further details may be found at the In addition, throughout the rest of the year the results and data gathered during the summer field season are processed in the San Francisco State University Department of Classics, presenting an opportunity for further experience with actual archaeological data and independent study. For more information on how to get involved at San Francisco State please contact Dr. Michael Anderson or go to the Via Consolare Project site. 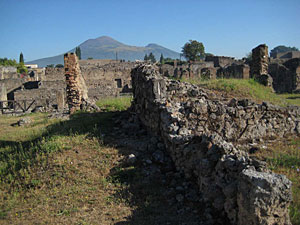 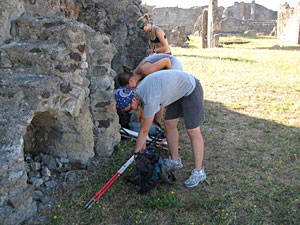 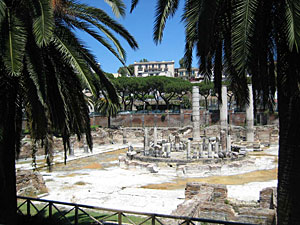 N.B. Sometimes graduate programs accept undergrads, depending on availability, and on the undergraduate’s record.

Our faculty and staff continue to work remotely